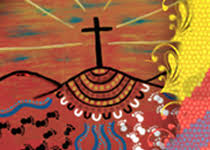 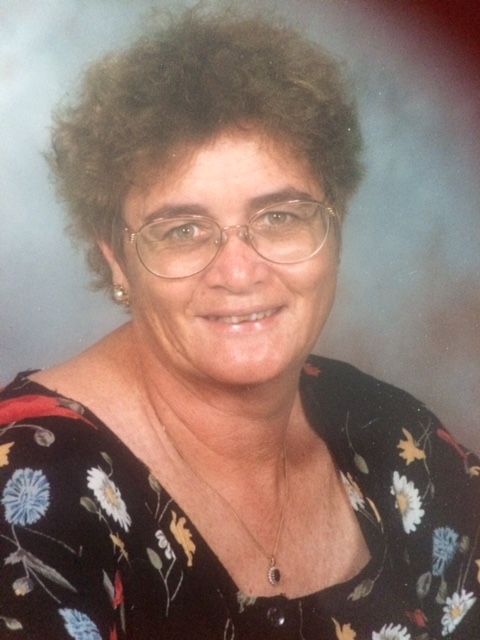 ISRAEL, THE HOLY LAND AND JORDAN – with an optional PETRA EXTENSION “The Israel Experience”

Depart from Sydney to Tel Aviv, ISRAEL. (Meals on plane)

Early morning arrival into Tel Aviv where we will be met by Inner Faith Travel representatives, and transferred to our hotel on the Mediterranean Sea. Check in at 1.00pm. A time to relax and enjoy the hotel facilities. Afternoon excursion to Joppa to walk the Sea Port shopping in the picturesque Art Galleries and Cafes. Overnight in Tel Aviv (D).

After a good breakfast, we journey north for a coastal tour of the MEDITERRANEAN SEA PORTS. En route we will visit CEASAREA, site of Herod’s Palace, home of Cornelius and where Paul was brought to trial. Afterwards, we travel to Haifa, MT CARMEL and Muhraqa, where Elijah called down fire from Heaven to defeat the prophets of Baal. We continue and pass through the MEGGIDO VALLEY, the large plain where the final battle of Armageddon is prophesied to take place, and visit a chariot city of Solomon and Ahab. Our journey then takes us to Nazareth where Jesus grew to manhood, visiting NAZARETH VILLAGE, which covers the boyhood home of Jesus. We visit Cana, where He performed His first recorded miracle. Then, as we round the crest of a hill the SEA OF GALILEE unfolds in a breathtaking panoramic scene before our eyes. We overnight in Tiberias at our kibbutz hotel on the beautiful Sea of Galilee. Overnight in Tiberias. (B-D)

Today, we explore this historical area of Galilee. Remember how Jesus walked on the water? Our special traditional sailing vessel will take us across the SEA of GALILEE, stopping in the middle for a time of reflection and worship. Rejoice! Jesus is alive. We disembark at Nof Ginnosar a kibbutz located on the shores of the Galilee where we will see the remains of a boat from the time of Jesus. Arriving later to CAPERNAUM, the city of Jesus, we visit the ruins of the synagogue where Jesus performed many miracles. You will see the new excavations of PETER’S house and visit TABGHA, where Jesus multiplied five loaves and two fishes to feed the multitudes. Later we will ascend to the top of the MOUNT OF BEATITUDES, where we will read the Sermon on the Mount. We travel around the Sea of Galilee to the JORDAN RIVER and Yardenit Baptismal site, an area where many believe is close to where John the Baptist baptised our Lord. Overnight in Tiberias. (B-D)

Our travel plans take us south, following the scenic Jordan Valley to the Decapolis city of BEIT-SHEAN where King Saul’s body was hung on the gates of the city. Time and security permitting we will stop at historic JERICHO. We continue our adventure southward through Israel to the mighty fortress of MASADA, the site of the last heroic 3-year stand of 960 Jewish defenders against the Roman Empire. From its heights (by cable car) we have tremendous views of Jordan and the Dead Sea. Overnight Dead Sea (B-D)

Travelling south to Timna Park we visit the recreated Wilderness Tabernacle. Then on to visit BEERSHEVA to visit ANZAC MEMORIAL CENTRE before returning to our Dead Sea Resort Hotel. Overnight Dead Sea (B-D)

Our day begins with a float in the Dead Sea – Lowest point in the world before we proceed onto Ein Gedi and the springs where David hid from King Saul. On to Qumran where the Dead Sea scrolls were discovered and then In the afternoon we begin our memorable journey through the Mountains of Israel up to Jerusalem. Overnight Jerusalem. (B-D)

We awaken in the city of the Great King, Jerusalem, the geographic centre of the world. You can feel the atmosphere that sets Jerusalem apart from any other city in the world. This morning we visit the WESTERN WALL, the most sacred site for the Jewish people and ascend the TEMPLE MOUNT to the Dome of the Rock, the site where Abraham offered up Isaac. We view the Southern Steps of the Temple Mount where St Peter & St Paul said” Money we have not, but get up and walk” We then visit Mount Zion, the UPPER ROOM, and the Church of the Holy Sepulchre, the Jewish Quarter and Hezekiah’s Tunnel. Overnight in Jerusalem. (B-D)

Today, we tour New Jerusalem and visit the MODEL CITY, site of a quarter acre replica model of Jerusalem in the time of Christ, which includes the Jewish Temple. We then visit the YAD VASHEM HOLOCAUST MEMORIAL. This memorial is built in memory of the six million Jews lost in the Holocaust. Truly a moving experience! We will visit the Shrine of the Book, which houses the Dead Sea Scrolls. This afternoon we travel to BETHLEHEM to visit the Church of Nativity. En route, we pass by Rachael’s Tomb and the Shepherd’s Fields. Time will be given in Bethlehem for some good souvenir shopping at the Three Arches Souvenir Shop. Overnight Jerusalem (B-D)

We have a full day of touring following the footsteps of Jesus, including the MOUNT OF OLIVES, PALM SUNDAY ROAD, and the GARDEN OF GETHSEMANE. Entering into the OLD CITY through Lion’s Gate we visit the POOLS OF BETHESDA, where Jesus cured an invalid, and continue to St. Anne’s Church and the Antonia Fortress. Then on to visit DAVIDS CITADEL. We walk the Way of the Cross and arrive at Calvary and the GARDEN TOMB. We will share communion together with the Empty Tomb in the background. Something never to be forgotten! We return to our hotel to refresh ourselves. We will celebrate a farewell dinner and transfer to the Airport for our flight home(B-D)

Arrive via Asia with connections home to Australia.

Arrival back your home fulfilled in the knowledge that you have made your own personal pilgrimage to Israel, following in the “footsteps of Jesus” our Lord and Saviour.

For those extending to Jordan, we will overnight in Jerusalem after our farewell dinner (D)

Today we cross over into Jordan. We visit Jerash, the city of Decapolis before making our way to Amman. Overnight in Amman (B-D)

After breakfast, we will drive to Petra. You can choose to ride in on horseback, led by Nabatean guides, through the spectacular chasm or you may choose to walk, or ride in a carriage if available. We will visit the treasury, monastery, Roman Theatre, Royal Tombs and the high place of sacrifice. Magnificent Petra! Referred to in the Bible as the city of Refuge. Overnight Petra. (B-D)

We will drive to Madaba to see the ancient mosaic map of the Holy Land before continuing onto Mt Nebo, from where Moses viewed the Promised Land. You will be able to see the Jordan Valley, Jericho and the Dead Sea. We will the cross back over the border into Israel for our flight home. (B)

Arrival into Bangkok with onward connections

Price includes Round trip airfare to Tel Aviv return. All airport assistance, touring expenses in all countries visited, with an English speaking tour guide in modern air-conditioned coaches, overnight accommodations in 3-4 star hotels, with meals (Breakfast & Dinner) where indicated. All entrance fees, Sea of Galilee boat expenses, tipping expenses and airline departure taxes. Price does not include Travel Insurance. Additional extra trips must be booked and paid for 60 days before departure.

This tour is being made possible through IFT Travel. The cost and itinerary are subject to change at any time at the discretion of Inner Faith Travel due to currency fluctuations, airfare increases or airline schedule changes from the time of publication.

I am an ex student of the former AIM Singleton (NSW) Bible college having spent 2 years there under the teachings of The late Pastor David Kirk and the late Mr Caddy ( both great men of God whom influenced my life greatly.

I also had wonderful Role models in my Grandparents Pastor and Mrs William Bee And Stella Naden Who taught me the word of God and family members who always encouraged me to follow Christ.

I gave my life to Christ when I was about 6 years old in a little AIM Church on the Common near Wellington and the congregation was singing the hymn “Just as I am without one plea” that is when God spoke to me.

I married but now a widow I have 2 Children Cherie and Michael, 8 Grandchildren and 8 great grandchildren. I am a member of the Gilgandra AIM Fellowship And hold the position of Church Treasurer

I am very active in our Fellowship and also a member of the Aboriginal Evangelical Fellowship serving God as Treasurer for AEF NSW and AEF Ladies Fellowship NSW. I had a working life in Aboriginal Affairs for nearly 40 years in Leadership roles in various positions but my passion has always been to serve Christ in what ever way He had planned for me.

I am now 68 an still very actively involved in the Lords work in NSW and in my local Aboriginal community events.